The Water Systems Council in summer 2022 released their State of the Water Well Industry report. We spoke to Margaret Martens, the group’s executive director, about the current measure of the water well industry and what it might mean for the future.

WSC and their data partner spent months designing a survey and collecting and making sense of the results. Hundreds of responses poured in, most of them contractors. The group, whose mission is to protect and promote water well systems, found guarded optimism about the industry’s future and capacity to innovate.

So, why does a greying industry have optimism about the future? The report points to an increase in the overall number of wells installed since 2019, up to almost 134,000 from about 121,000. It also discusses something contractors have probably seen in their own states: federal dollars for water projects from the Infrastructure Investment and Jobs Act of 2021. The investment, while keeping current contractors busy, could potentially lure a new generation into trades like drilling.

According to the Bureau of Labor Statistics, the United States employs about 1 million people in construction. (That number includes the crews contractors hire, not the contractors themselves.) Only a fraction of those work in drilling trades. Still, the Infrastructure Act is in the second year of a 5-year, $55-billion investment in water systems. That funds plenty of work in everything from water wells to PFAS investigations to lead line replacement — work capable water drilling contractors can do.

IBIS World values the water well drilling services market in the U.S. at about $5.8 billion. While that has fallen slightly from a 2020 high, it’s still up more than 18% over the last decade. One can reasonably expect that number to climb at a similar pace or faster, given Infrastructure Act investments.

It’s no wonder, then, that an aging industry has cause for optimism. They have the experience and skills to offer mentorship. The WSC found they are overwhelmingly comfortable with water well innovations (like remote monitoring). The Infrastructure Act and, more recently, green energy provisions in the Inflation Reduction Act of 2022, just may finally attract young people to drilling trades. Folks working in this industry may soon have the opportunity to pass the torch on to a new generation.

We may get our first peek at some of these changes when the WSC releases next year’s report. If you made it to 2022 Groundwater Week, Dec. 6-8 in Las Vegas, stop by booth 146 to learn more about the council and take part in the next survey. You can also visit the WSC website to find out more.

“It can benefit the manufacturers and distributors and people who sell to contractors, and turn around and it can help the contractors,” Martens says. “And it helps us as an organization know what we need to be advocating for.”

Click here to watch to our full interview with Margaret Martens of the Water Systems Council. 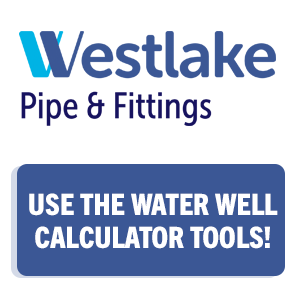