You Know the Drill: Tackling Every Challenge

There’s something to be said about being a “jack of all trades.” Traveling to whatever state calls for a job, gaining experience in a variety of specializations, and trying a little bit of everything can all add up to be the difference between failing and success.

Jim Armstrong, owner of Armstrong Drilling Inc. in Murrysville, Pa., makes it a point to try everything. Those difficult jobs that no one else wants to do? Armstrong will. Traveling across the U.S. to states like New Mexico and Utah from his home in Pennsylvania? He’s in. 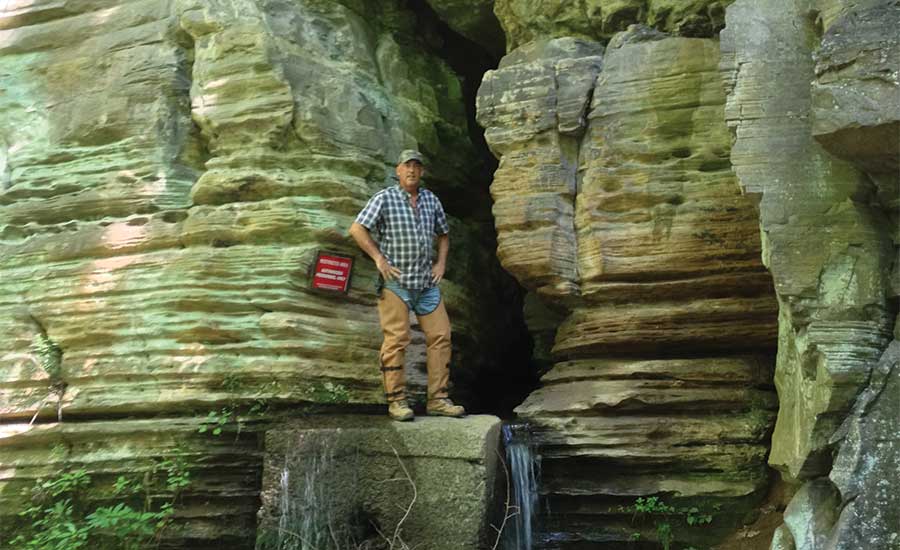 Armstrong gained a tremendous amount of experience working for Lambert Drilling in 1982, which was a big part of the building blocks for his company that he started a few years later.

Armstrong started in the drilling industry as a helper at D’Appolonia Drilling back in 1979. He then moved on to work for Lambert Drilling in 1982, where he was given the opportunity to do jobs that no one wanted to do — a lesson that has carried over to this very day.

In 1994, Armstrong accomplished a long-time goal by starting his own company, Armstrong Exploration, which eventually became Armstrong Drilling Inc. His first purchase was a 1968 Mobile B61 on a 1969 International truck, along with a Sprague skid rig. Both created numerous problems.

“On the way home [from a job], the truck broke down on the turnpike. My wife looked at me and said if we are going to do this, we need a better rig. We purchased a semi-used Diedrich D-50 the next week, and then Armstrong Drilling Inc. was formed in 2004,” he says.

Armstrong and his wife have been in the business for over 25 years and now have a staff of 15 employees, including a foreman who has been with the company for 20 years and two drillers that have been there for 15 years each. They now run three track rigs, one sonic track, one truck rig, a C-6 construction rig, an air rotary, a few small specialty rigs, and two coring rigs for exploration drilling.

But they’ve also gotten into projects like drilling 12-inch dewatering holes and building channels for an over 1,500 per minute artesian flow; drilling grout curtains at dams throughout the U.S.; mine shaft grouting utilizing sonic drilling; and, recently, a project in the New River Gorge with the Pennsylvania Department of Conservation and Natural Resources (DCNR) on a mine and cave closures for bats.

So, what drives Armstrong’s desire to tackle these difficult projects? “These jobs are fun to do because each one brings a new challenge,” he says.
Spoken like a true driller.


Q. What do you do, and what keeps you coming back every day?

A. I am a driller at heart and love being in the outdoors. There is nothing better than being in the middle of nowhere and drilling. I come back every day because this is what I love. Sometimes love can be a challenge, but that’s what makes it good. I am blessed every day to be able to be somewhere that I want to be. I love the challenge of the next big job. When you are kind of afraid of what could happen, then it all comes together; it turns into another remarkable story.


Q. What does a typical workday involve?

A. Monday mornings, we all meet in the shop to go over the jobs for the week and have a safety meeting. After the guys go on their way, I check their paperwork from the week before. Throughout the week, I work on bids, look at jobs and any other office things that seem to pop up. We have also started doing water wells, and if there is any service work or wells to drill, I do that. When we get real busy, I will jump on a rig and do whatever it takes. I am most likely going to go out and drill a few 600-800 core holes in the next week or two.

I also like to be in the shop tinkering with things. We recently bought a very old wood derrick cable tool rig mounted on a 1935 Ford ton-and-a-half. We are in the process of getting it running, and if any of the older guys out there could help us out, it would be great, as we are not sure what kind it is.


Q. What does it take to succeed in what you do?

A. I used to think when I first started our company, you just put your head down and go at it. I could always drill, and I have experienced a lot of different situations. What I have learned is that there is much more to it. I think you must be strong in many areas, not just turning them to the right. You must lead by example, you must show that you are able and willing to do anything that you would ask your employees to do. The other part of that is being able to secure the work and trust your team to get the job done.


Q. What do you wish you knew when you started?

A. I wish I knew more about the business side of the industry. We started out pretty much with that old Mobile B61 and a Sprague skid rig. I really did not understand the whole, “paid-when-paid and waiting to get paid” thing. I wish I knew how much pressure it would put on my wife trying to pay bills when we had no money. I wish I knew that even when you make money, the government takes their share. My drilling mentor back in the day told me the insurance will cost you a fortune. Well, he was right about that, but he could have included a multitude of other things that go along with all the other costs of doing business.


Q. What tool can you not imagine working without?

A. Well, if it was my choice, it would be a hammer and vice grips, but in this world, it must be a computer and phone. Nothing ever gets done without them. In the old days, I would go out on jobs and hardly ever speak to my boss. In those days, we had pay phones and it was a pain to dial all the credit card numbers into the phone. I would rather just figure out the problem myself. Now, it is easy to have someone else figure it out for you. We do benefit from the instant information from smartphones and computers, but I am not sure we learn from them. It’s like when people use GPS — they just follow it, but really have no idea how they got there.


Q. What’s the best piece of advice you’ve been given?

A. Throughout the years, I have made many friends in the industry and most of them at one time or another have helped me with advice in different situations. I appreciate and would like to thank each and every one of them for their help. The best advice I tell myself every day is to enjoy the day, work through the problems, and try and be nice to everyone.


Q. How would you describe the present state of the industry?

A. I think our industry is in a good place right now. In our area, there are at least 12 geotechnical companies that we compete against. I think most of the companies have their little special niche besides the standard transportation bids most of us bid on. I think that all the administrative work that is needed is a little overboard. It would be nice if all states and companies were on the same page as far as contract requirements.

[Two of our employees] do an excellent job, but it seems that once we get a handle on one thing, the next contract asks for the same thing in a completely different way. I really think that the safety requirements and all the training are a good thing. Employees are more aware of situations and hazards that we deal with daily. All of our employees are OSHA, MSHA, eRailSafe and ASST trained. Safety practices and training have evolved over the years to be more organized and methodical to the benefit of our employees.